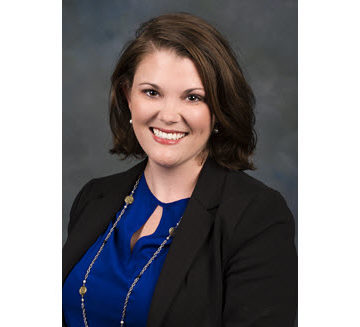 It was not your typical freshman realization.

Mills, an 18-year-old from Winter Park, FL, was pursuing her lifelong dream to be on Broadway, studying theater at the New York University Tisch School of the Arts when pesky little civil engineering intervened.

A decade later, Mills, EI, A.M.ASCE, is one of ASCE’s 2017 New Faces of Civil Engineering – Professional.

Mills left NYU and spent a “What do I want to do?” semester at home in Florida. Her grandfather had been a civil engineer, and, no joke, she did miss calculus. With encouragement from her father, Mills transferred to Auburn University’s Samuel Ginn College of Engineering, and she has never looked back.

She joined the ASCE Student Chapter as a sophomore, stepped up as an officer and president, and competed on the concrete canoe team. During her senior year, she hosted the Southeast Student Conference.

“I learned what it means to be a civil engineer through my involvement in ASCE,” Mills said.

When she got a job in Birmingham after graduation, it didn’t take her long to assume a leadership role with the local ASCE Branch.

“I didn’t know a single person, so the first thing I did was look where the ASCE groups were,” Mills said. “That’s where I met some of my closest friends. It’s more than a group I’m involved in; it’s really become a family.”

And civil engineering has become a passion.

Mills is a system planning environmental engineer for Southern Company in Birmingham, analyzing assets and making recommendations that combine knowledge of engineering, economics, and environmental regulations. She’s currently the president of the ASCE Birmingham Branch. She is also passionate about introducing females to the world of engineering through the iCan Girls in Engineering program at Alabama Power and Auburn’s 100 Women Strong executive board.

Last month, she completed her master’s degree in global energy management from the University of Colorado, Denver through an accelerated hybrid-online program.

Her performing arts days aren’t over either. She remained active in theater and dance during her time at Auburn. More recently she has sung and played piano in a couple of bands around Birmingham.

She was the front-woman for Natalie Grace and the Cahaba Dogs, specializing in old blues songs.

“I would sing these songs about how awful my life is,” Mills laughed. “But really I have a very happy life. After grad school, I’m going to focus on how I can get more involved in dance and in the community, too. I’ve got a lot going on.”

ASCE will honor Mills and all 10 New Faces of Civil Engineering at the 2017 OPAL Gala, March 16, in Arlington, VA. Tickets are available now.

Tagged as:
Alabamanew faces of civil engineeringSections and Branches
Share